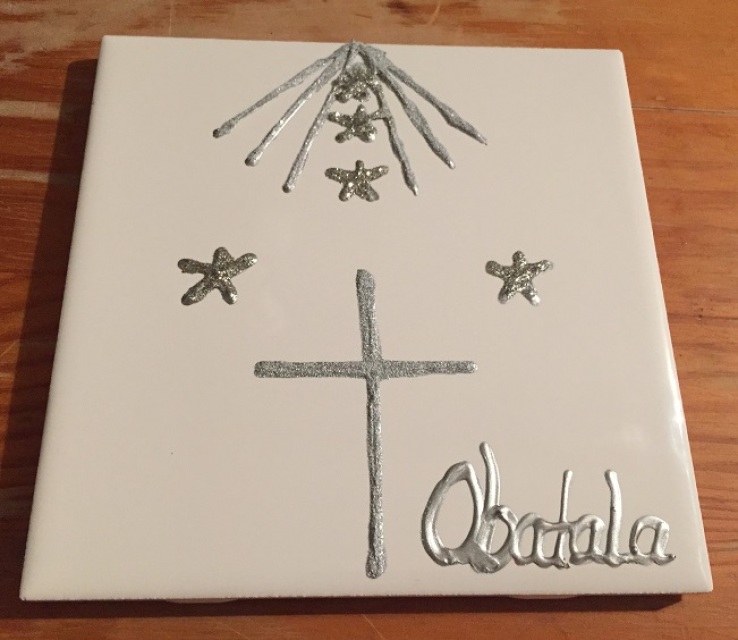 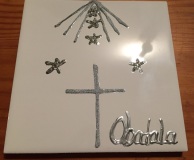 SKU:
$19.99
$19.99
Unavailable
per item
This is a hand painted porcelain tile that has a felt, foam, or cork backing to protect your altar or furniture. Made-To-Order.

6" x 6" painted with a 3-D glass paint and cured or baked.
Item will be shipped out after it cures in 3 - 5 days priority mail.

This is a perfect addition to your altar / shrine to Obatala.

Sold out
Add to Cart
Some History:
Obatala (also known as - Oxala) is an orisha, originally of the Yoruba religion, who has become prominent in many Afro-American religions; especially Santeria.

In Santería, Obatala is the orisha of creation and healing. A peacemaker and lawgiver.

From Wikipedia:
Obatala (known as Obatalá in Latin America, means "Lord of the white cloth") is an Orisha. He is the Sky Father and the creator of human bodies, which were brought to life by Olorun's breath. Obatala is the father of all Orishas and also the owner of all ori. Any Orisha may claim an individual, but until that individual is initiated into the priesthood of that Orisha, Obatala still owns that head.